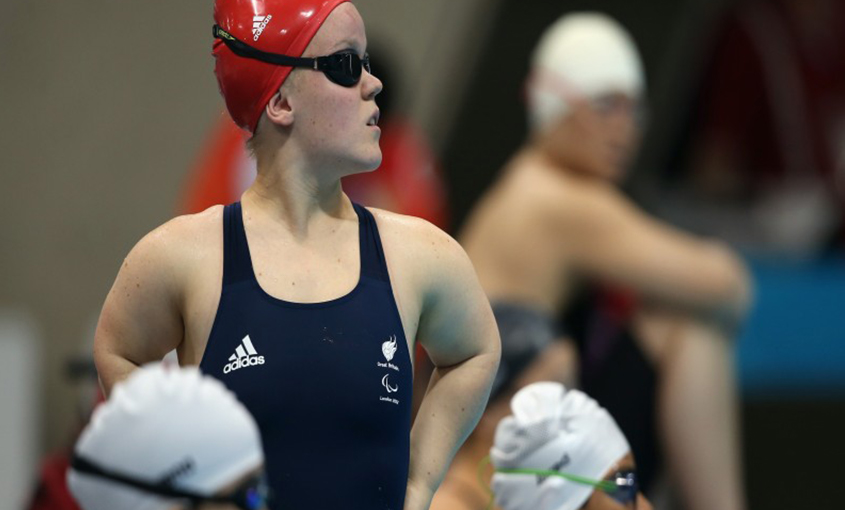 Ellie Simmonds was born with achondroplasia (dwarfism). She started swimming at the age of five and was competing against non-disabled children by the time she was eight. At 10 years old, her potential was spotted at a disability event and she was entered onto the British Swimming talent programme. She then worked her way through to be selected as the youngest member of a senior British swimming squad for the 2006 IPC World Championships at 12 years and 3 weeks of age.

In 2008 at the Beijing Paralympic Games, Ellie became the youngest Briton to win an Olympic or Paralympic medal at the age of 13 years and 9 months. She won two Golds in the S6 100m and S6 400m Freestyle.

Ellie successfully defended her Paralympic title in the S6 400m Freestyle event at London 2012. She won Gold in a record-breaking 5 minutes 19.17 seconds. Two days later, Ellie won another Gold, this time in the SM6 200m Individual Medley - breaking another world record. At London 2012, Ellie also won Silver in the S6 100m Freestyle and Bronze in the S6 50m Freestyle.

At the Rio 2016 Paralympic Games, Ellie defended her Gold medal for the 200m individual medley - setting a new world record in the process. She also won a bronze medal in the 400m freestyle.

At the age of 14, Ellie became the youngest recipient of the MBE. In her career to date, she has won 10 World titles and five European titles, and broken eight world records along the way. When not competing, Ellie loves baking, shopping trvaelling and going to the movies.